The OPPT and IUV was a thorn that the Cabal did not plan on!
Published on NESARA News, on July 21, 2013

I wanted to share with you that Dee from RTS was correct!  The Cabal had no intention of approving the RV because it is counterproductive of their plans to implement the NWO through economic destruction and depopulation measures.

There is a distinction between these words. First, here’s one definition of each word:

CHOICE: (noun) the right, power, or opportunity to choose; option: The choice to play a game.”

DECISION: (noun) the final score in any sport or contest: The decision was 5 to 4 in favor of the home team.

Choices are given to U by the Universe.

Decisions are taken by U from the Universe.

Choice and decision are such simple words in English language that most people think they know when to use which of these words. However, there are many who confuse between these two words as they do not know the subtle differences between a choice and a decision.

Choice simple is. It requires no explanation, no data, no meaning attached to it and it is 100% personal. Each of us make choices constantly, consciously or not. Choice is a feeling, emotive thing.
– I choose to have pancakes for breakfast.
– I choose not to shower.
– I choose not to speak to a certain person.

Decision inevitably is based on data, direct or indirect. It’s based on past experiences and usually involves an “if… then…” logic. Decisions are mostly brain based and even those that are gut based have the elements of data and basing your gut on something you’ve experienced. Taking the same examples above we get:
– I decide not to have pancakes today because of the calories involved.
– I decide to shower because I’ll stink if I don’t.
– I choose not to speak to that person because I don’t have time.

Now the beauty of this distinction is when we apply it consciously. How often do you have self-doubt, self-judgement and make up stories in your mind about your choice and confuse it with a decision? It’s simply your choice – no need to explain why. Actually neither is there a need to explain a decision however you have data for yourself to know why you arrived at that decision. There is no need for that data with a choice. It simply is.

• Decision marks the direction you take.

• Choices are opportunities or a multitude of options in front of a person while the decision is the final selection.

• Choice represents the capability, while decision reflects the final result.

• Choices are presented to you, while you alone make the decision.

• No more choices exist, once a decision has been taken.

If you go into an ice-cream parlor, you have multiple choices as there are so many flavors to choose from. You are tempted to choose one or the other and this is known as selection procedure, but you finally decide on one of the flavors, which is your decision. Decision indicates you have finally reached a conclusion. Similarly, in an objective question paper, students are given 3-4 choices of possible answers to a question that they have to choose from and tick their preference for the right or correct answer.

Choice comes from choose, which refers to act of accepting, adopting, appointing, favoring, opting for, settling, gleaning or preferring. When you choose, it is like picking up one of the items from a menu card in a restaurant. If there is a selection committee that has to choose candidates based on their performance in the interview, they have choices from which to choose passed candidates. Often in life, we have choices as when we go to purchase clothes for ourselves, but there are also times when there are no alternatives to choose from. It is said that you can choose your friends but not your relatives, as being born is, not in your hands.

A decision is the end of a selection procedure as it cuts or kills several options while one of them is finalized or chosen. Decision is the final result of a thought process that begins with choices or opportunities. You decide which school to send your children, the bank with which you are comfortable, the model of the car and the dealer from which to purchase the car. Everyday bring new challenges for us, and we are required to take decisions, some simple and inconsequential and some hard and very important. Most of the time people take correct decisions, yet there are also times when they fail to take the right decision and rue later on in their lives.

Life is full of choices, and it is up to individuals to make decisions.

Choices are given to U by the Universe.

Decisions are taken by U from the Universe.

Musicians have been getting the short end of the stick for a long time. There are no shortage of stories about the wrong doings of managers, booking agents, etc and of course record labels.

But today we find ourselves in a battle with an enemy few of us understand. If we were to believe the writings and ramblings of the tech blogosphere, than they would have us believe that our enemy is our fans. This is simply not true.

The enemy are the for profit businesses making money from our recordings and songwriting illegally. Let’s be clear about this, our battle is with businesses ripping us off by illegally exploiting our work for profit. This is not about our fans. It is about commercial companies in the businesses of profiting from our work, paying us nothing and then telling us to blame our fans. That is the ultimate in cowardice… 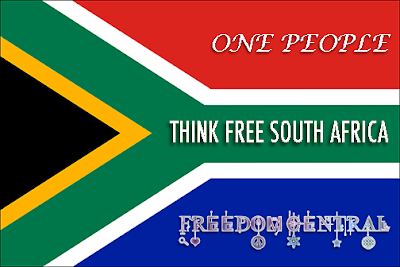 A Public Court of Conscience under Common and International law

Come One. Come ALL! Come and autograph your Declaration of Peace and Freedom!

This is a Family affair, take the day off!

Learn how to become one too.

Hear the good news about the new system of exchange and what is being created for you!

On the serious side, come and formally file your complaint. Your voice will be heard.

Real Water, T-shirts, stickers, information e-books and oath documents will be available for donations. This runs on your charity, without you this won’t be possible.

Give freely in order to receive freely and with abundance.

10H00 – 11H00      Opening and prayer by Religious Tribal Elders of the One People.
5 minute Introduction by each present Community representative.
Tell us who you are and what your remedies and/or needs are.
You will find a remedy. Come and network.

13H00                       Serving of PUBLIC Notices to Constitutional Court. Hopefully they
will have the courtesy of sending representative out with a response to
demands filed 30 days prior by GiftOfTruth United.
Go to http://www.giftoftruth.wordpress.com for ConCourt filings.
A non-response will be proof of unjust administrative action.
Failing a response, the Court will put the matter to referendum.

Finally, a new day has dawned. Spread the word. Inform all agents and agencies. No more fear. Get this press off to all media and public groups. This is for the One People. If you want this then support these Common Love Hearings. The next Hearing is in Cape Town starting 1st August. Enrico’s and Anthea Torr’s hearing will be convened. Get a group together and invite the itccs and oppt to convene your hearing.

Notice: Any violation of ITCCS Notices and/or Orders under International Common Law is a breach of numerous Charters and Treaties endorsed by Brussels, Dublin, London, Rome, New York, Vancouver, Amsterdam and South Africa.

By Order: Brother Thomas
Advocate of the International Common Law Court of Justice of South Africa

There are two kinds of money:

The value of scriptural money is not questioned.